Read Our Statement Regarding COVID-19 and Our Practice 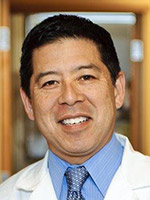 Dr. Miya completed his general surgery internship at the University of Kansas Medical Center, Kansas City, KS from 1992-1993 and his residency in the Department of Otolaryngology from 1993-1997. He was Board Certified by the American Board of Otolaryngology in March of 1998.

In his free time he enjoys family activities especially surfing, snow skiing and fishing. He is married and has two children.

Dr. Torchinsky attended Dartmouth College where he received his undergraduate degree in English in 1993. He then attended medical school at the Boston University, School of Medicine, where he received his M.D. in 2002 and had previously obtained his Ph.D. from the Department of Anatomy and Neurobiology in 2000.

Access our patient portal by clicking the button below